Enno Schmidt at the Financial University in Moscow, “Growth or Recession: What to Expect?” 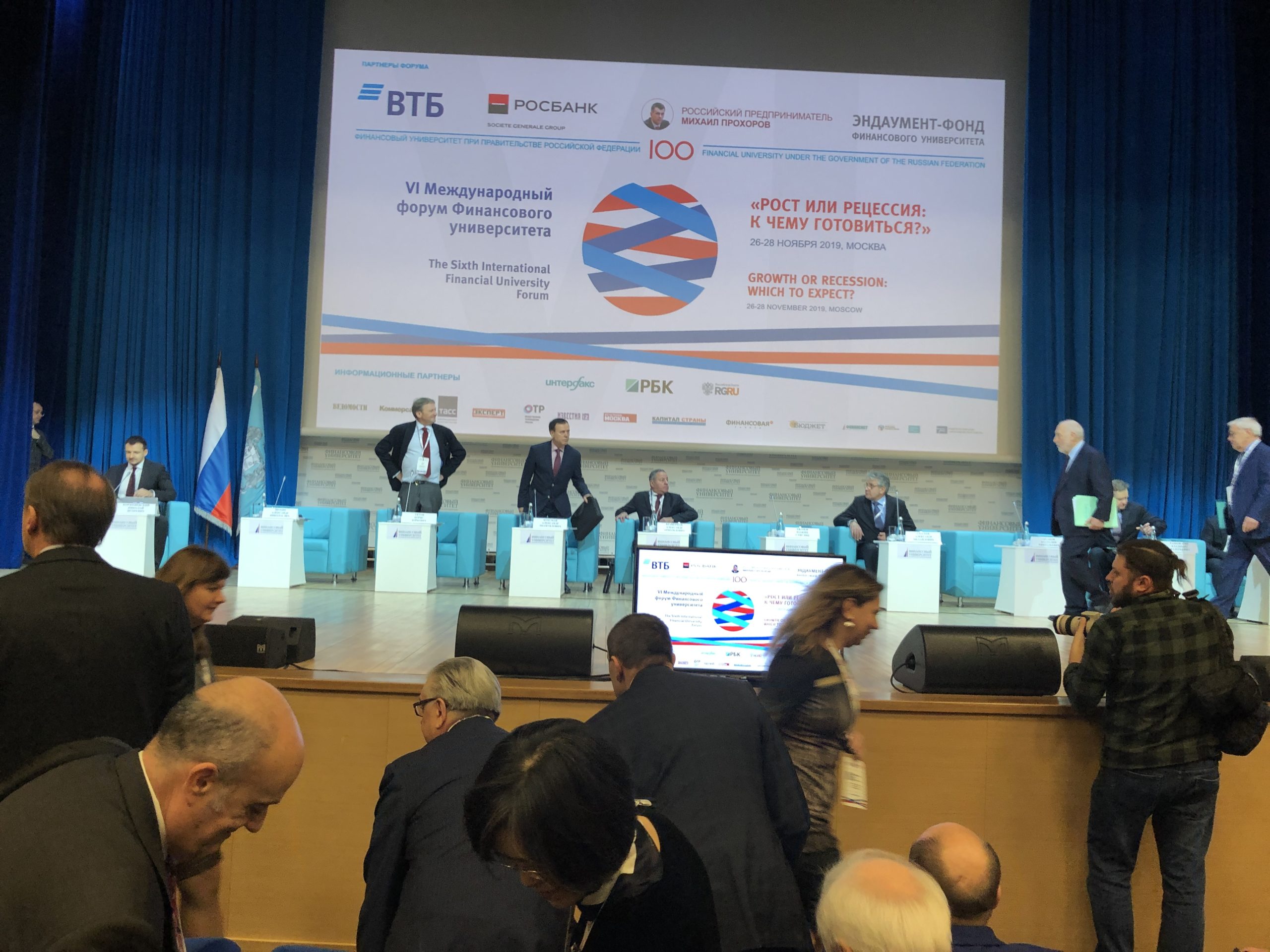 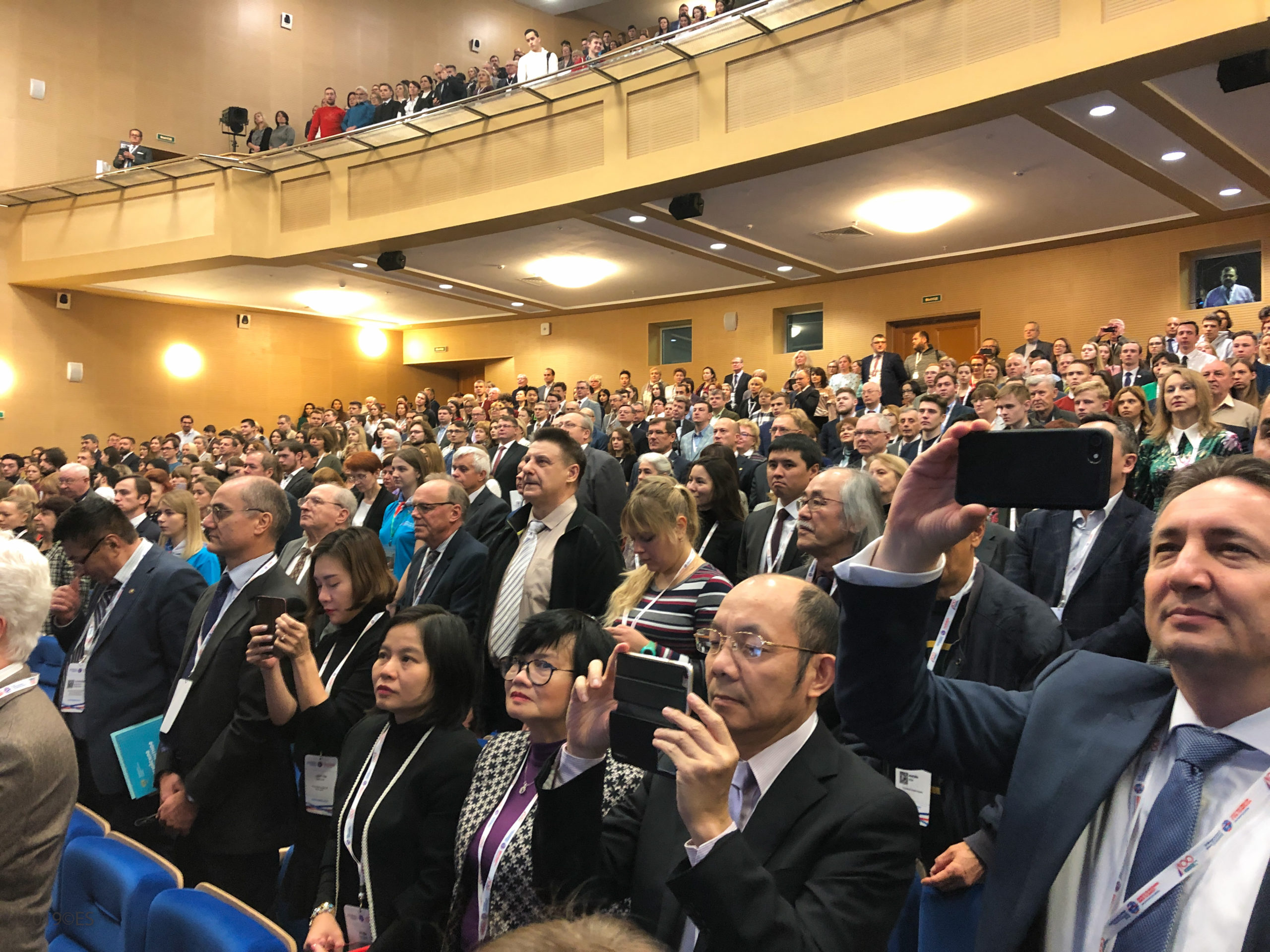 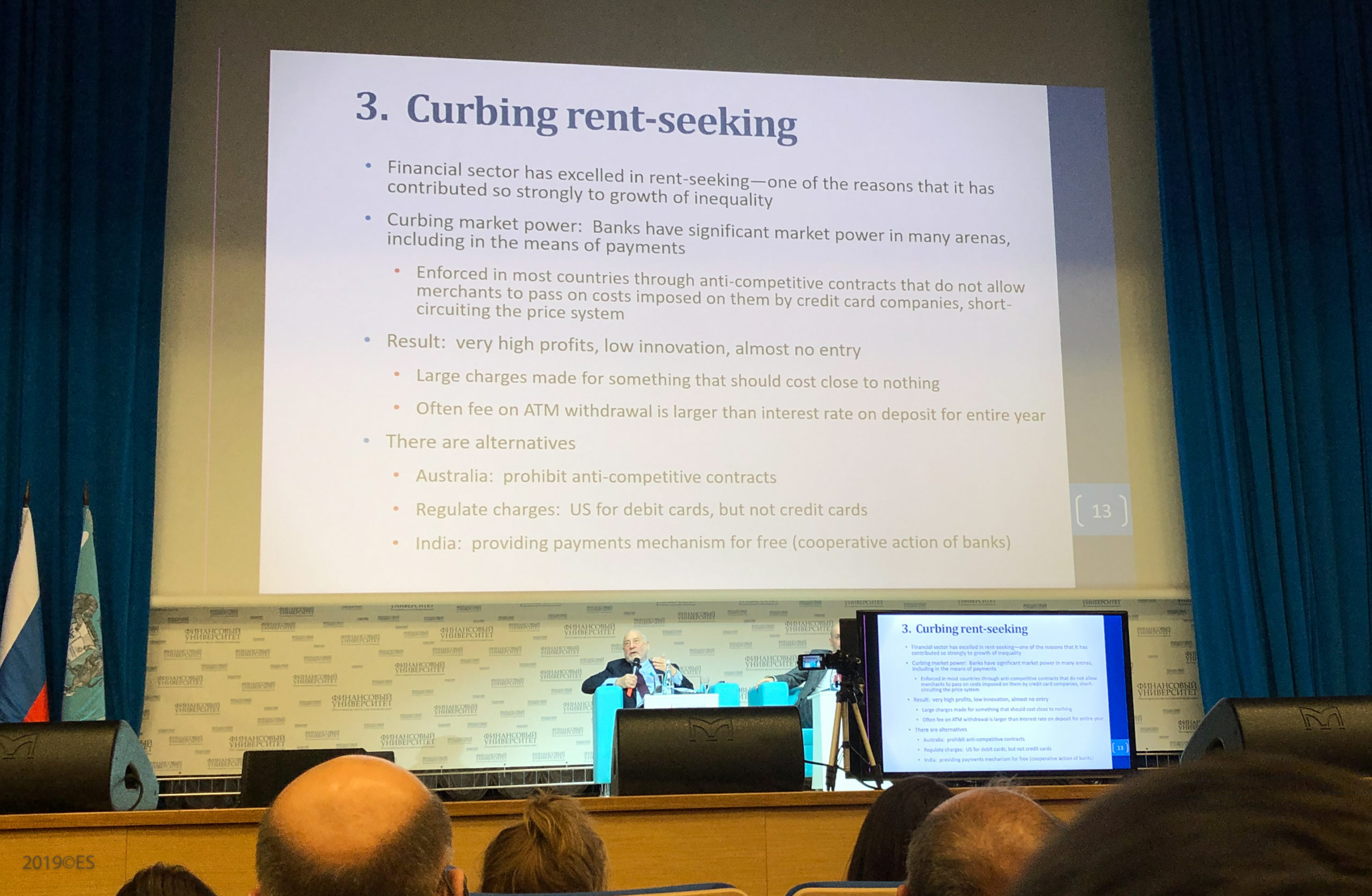 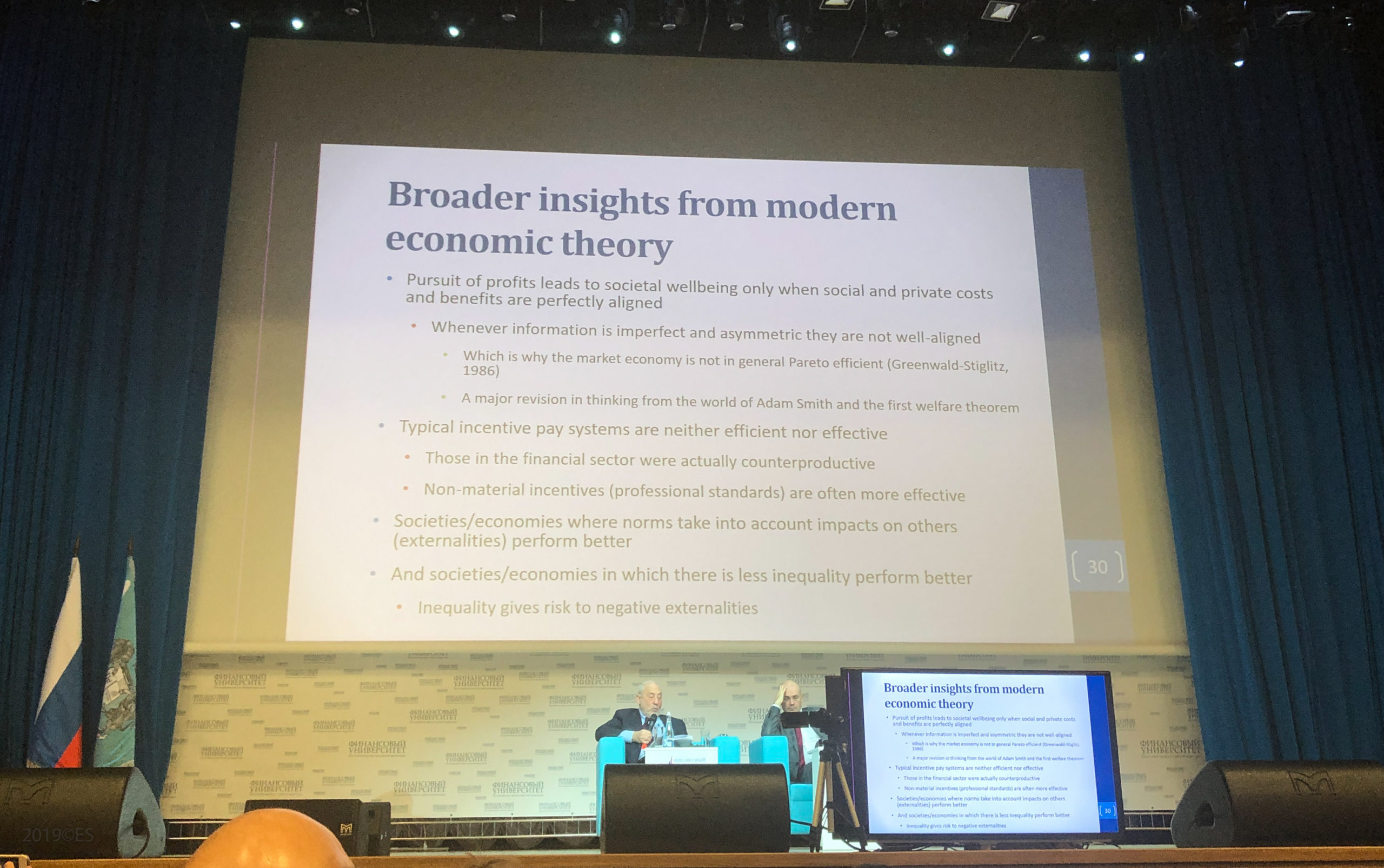 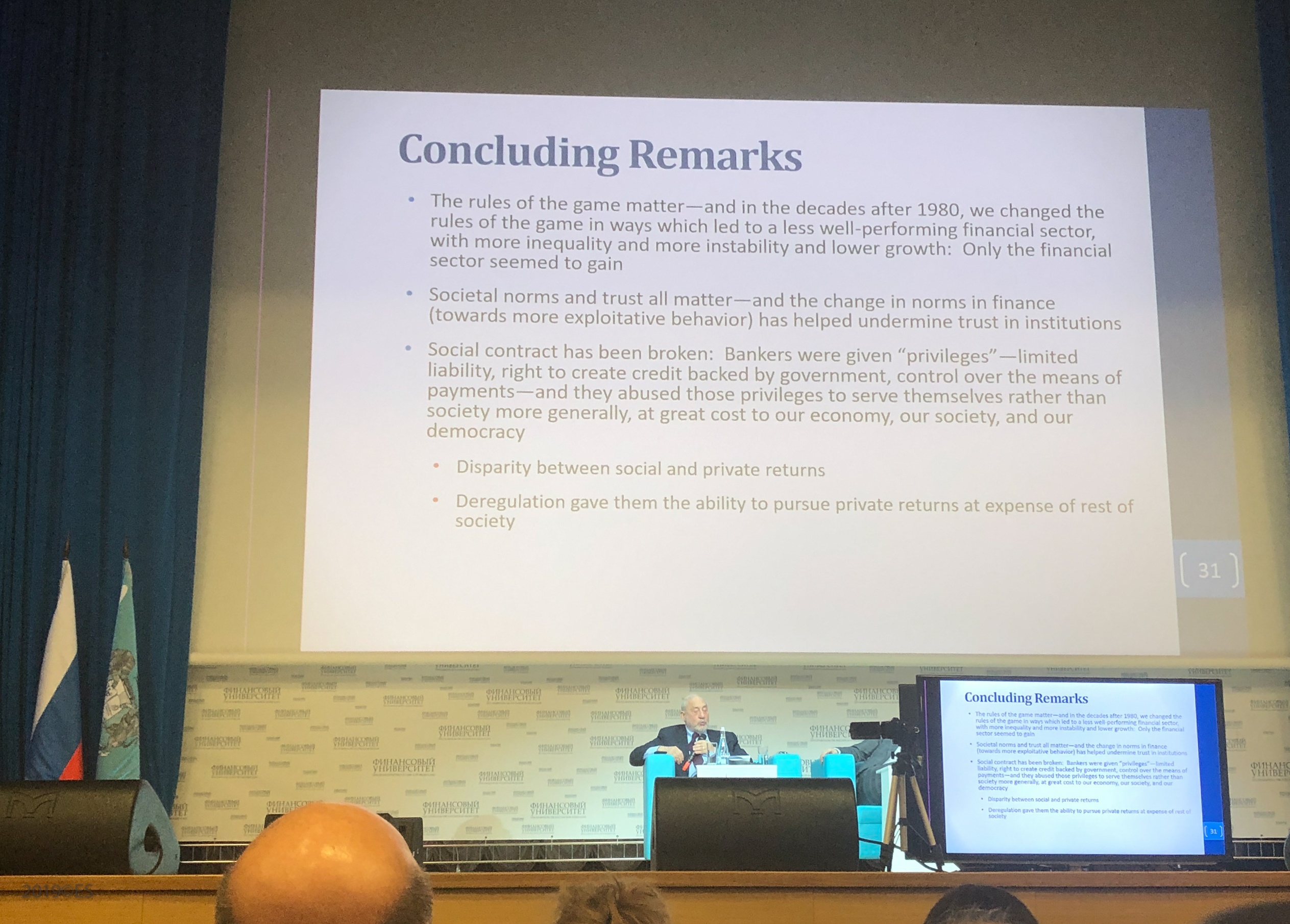 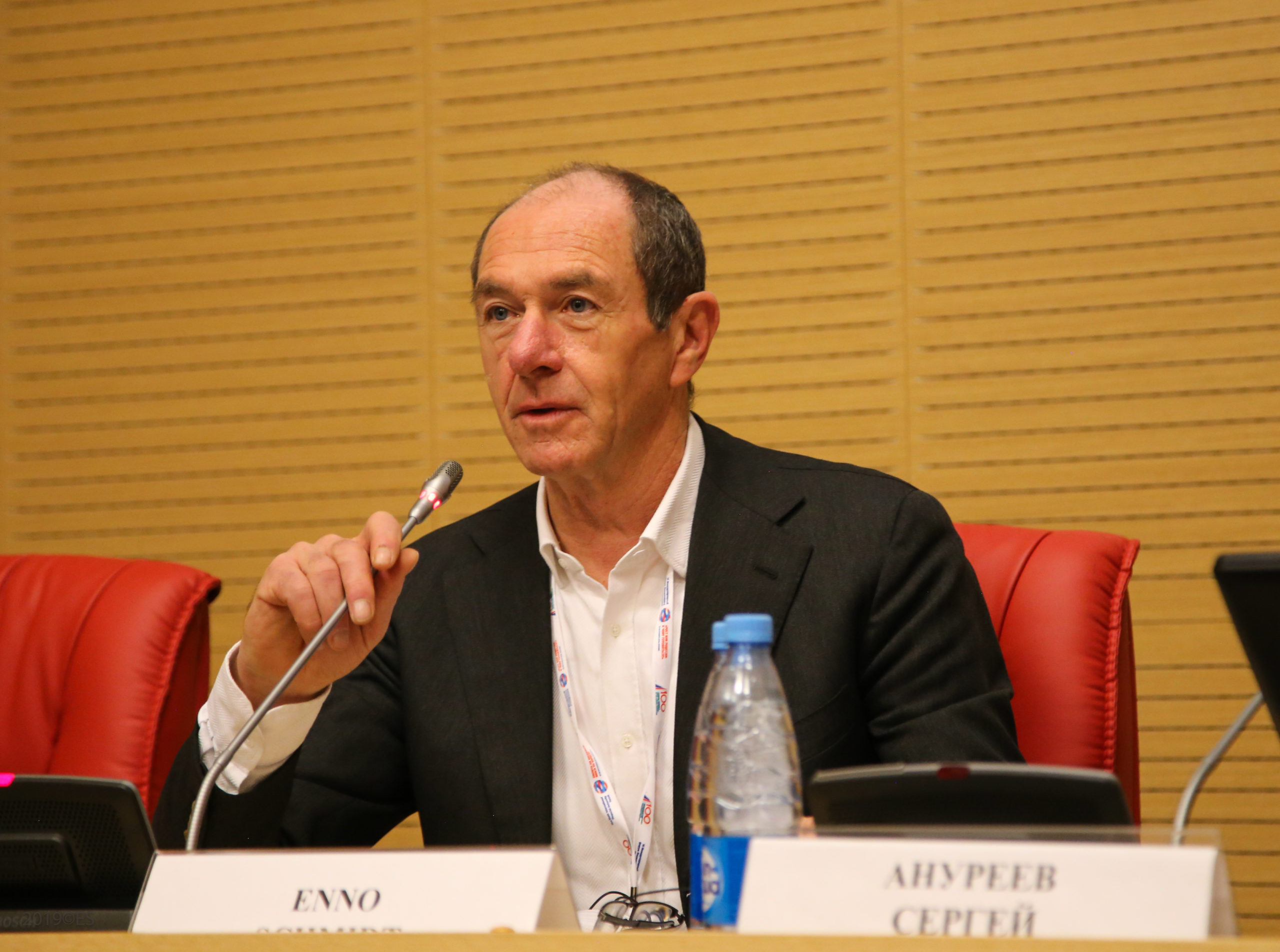 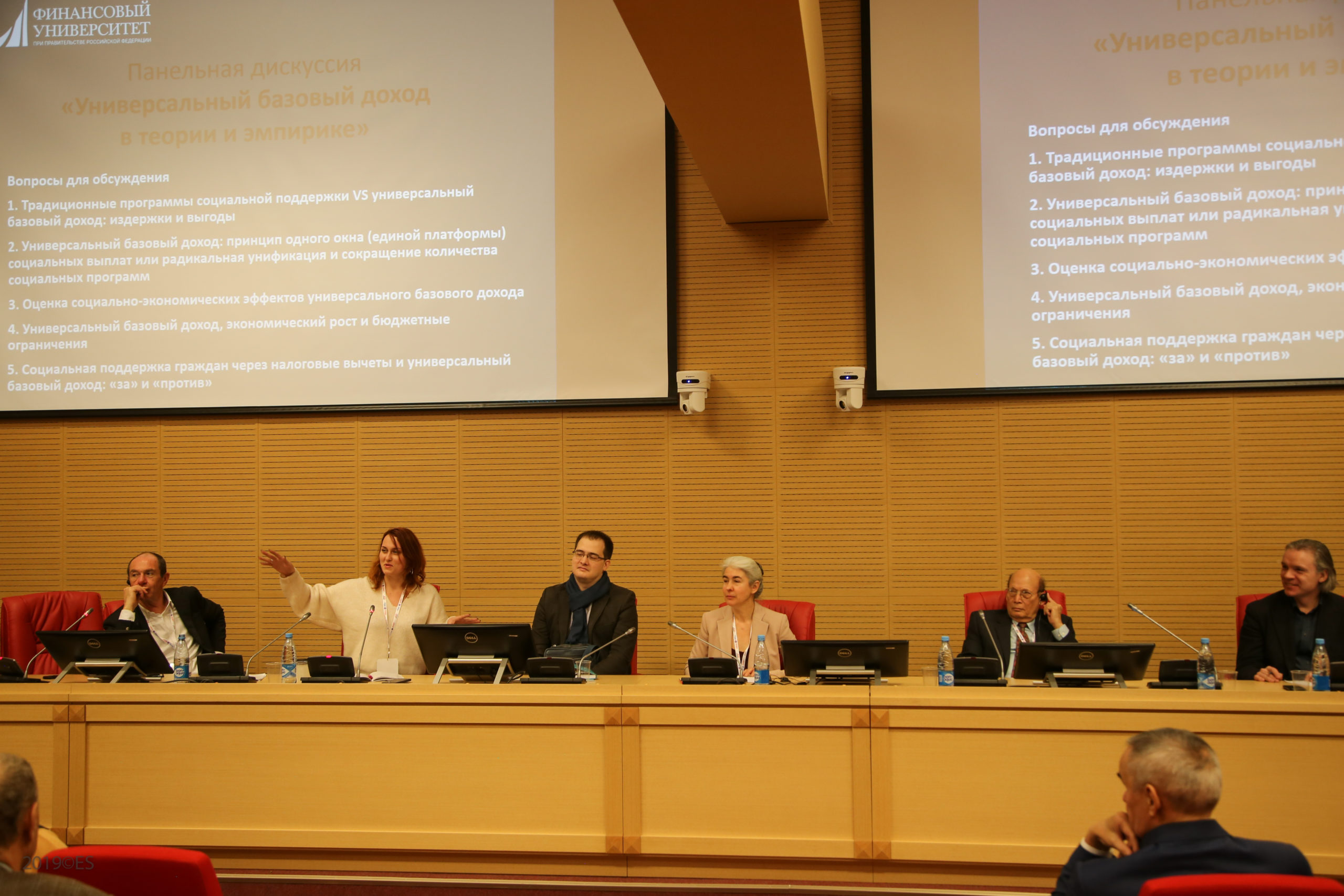 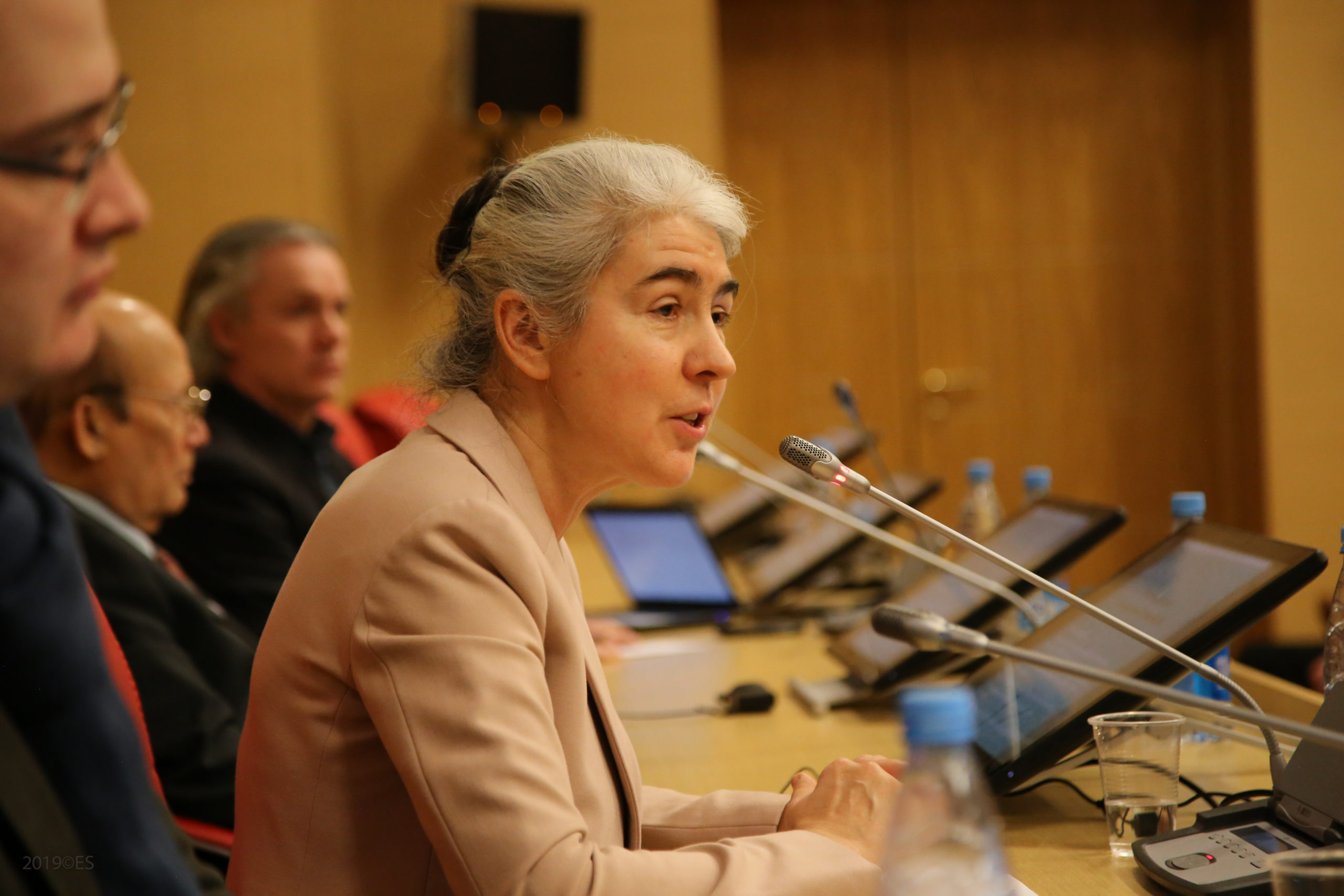 At the invitation of the Financial University under the Government of the Russian Federation in Moscow, mediated by the Russian PhD student at the Götz Werner Professorship (GWP) at the University of Freiburg, Alexandra Pilyus, Enno Schmidt travelled as a research assistant of the GWP to the centenary celebration of the university to the international forum “Growth or Recession: What to Expect?”

The aim of the trip was to give some presentations on Universal Basic Income (UBI) at the congress, to meet Joseph E. Stiglitz, Nobel Prize Laureate in Economics and former Chief Economist of the World Bank, to discuss possibilities of scientific research on BGE and the Freiburg Institute for Basic Income Studies (FRIBIS), to meet activists of the Russian Basic Income Movement and to start building a FRIBIS group with professors of the Financial University in Moscow.

In his presentation, Joseph Stiglitz pointed out many things and called for a number of things to which a BGE could be an answer. He showed, for example, that typical financial incentive systems are neither effective nor efficient, in fact they are counterproductive, that non-material incentives have more impact, that societies/economies perform better when inequality is low and when social/economic action takes into account the impact on others. Rules and norms, he stressed, play a major role. He deplored instability and the loss of trust in institutions caused by the exploitative behaviour of the financial sector. The social contract, Stiglitz said, had been broken. Uncertainty slows down progress, hinders innovation. Economic security increases the necessary willingness to take risks. The economy must be there for the people, not the people for the economy.

A renewal of the social contract? Trust as a social basis, more stability and economic security for all not at least for more risk taking innovation? A renewal of social and economic norms? Reducing inequality, reducing the misconception that financial incentives generate worthy output? All this fits in with an attitude that can consider an Unconditional Basic Income.

Enno Schmidt reminded Mr. Stiglitz that he had made a statement on the 2016 referendum on the introduction of an UBI in Switzerland. He said at that time: An Unconditional Basic Income is the right step for Switzerland.
This time, however, his opinion on the BGE was rather incomprehensible and negative. He did not believe, he said, that people would be happy without meaningful work. The state must ensure that everyone can find a paid job. A life completely without work, perhaps in spiritual immersion, was probably attractive only to a few, he mused. There is also a lack of money for such a basic income. Money is scarce, he stated. And the basic income has to be high enough to really live on it.

In Russia, Unconditional Basic Income is still little known and not discussed. Who wants money should work. If the money just would be given without a request, people wouldn’t work and would be depraved. That is unanimously and unquestionably the attitude against a UBI. In addition, in Russia – as in other countries of the former Soviet socialism – the first thing that comes to people’s mind with the idea of a UBI is communism. A similarity is seen between the UBI and the ideals of communism. Under the objective of these ideals, much blood was shed, much suffering and oppression took place in the real existing Soviet socialism. They do not want that again. However, the assessment of the Soviet period is not so unanimous. Some think it was better then than today. There were more opportunities, things were fairer, and many good achievements were dismantled after the end of the Soviet Union. But also today the people of Russia are proud of their achievements and believe that as a country they are doing better and performing better than every other country. Just as people in other countries claim it about their country.

Under the mediation of Alexandra Pilyus and in talks with Enno Schmidt, a team of top-class academics from the Financial University came together for a FRIBIS group.

Vladimir Putin’s advances toward a guaranteed minimum income, higher pensions, state subsidies for children and families, etc. are going in the direction of a change in the social contract, in which a UBI is no longer completely unthinkable, but could even be seen as a simplification, an increase in effectiveness and efficiency among the goals set. 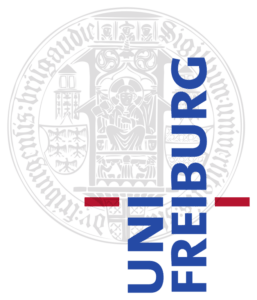