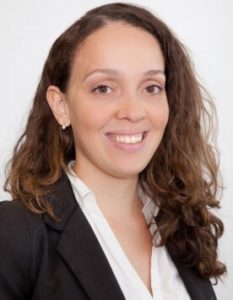 Ms. Palermo Kuss, who received her PhD in economics from the Götz Werner Chair (GWP), is the only economist among the finalists for the German Thesis Award of the Körber Foundation. Her contribution is entitled: “Unconditional Basic Income: A concept for the welfare state of the 21st century? Economic investigation of possible effects and popularity”. Ms. Palermo Kuss is now working at the Leibniz Centre for European Economic Research (ZEW).

We asked her what the nomination means to her personally and how it might affect the debate around Basic Income: “I am very happy about the nomination of my doctoral thesis for the German Thesis Award. The nomination shows that the topic of Basic Income is of great importance to society. The compatibility of a basic income with existing social security systems is a topic that needs further research. So, I am delighted that FRIBIS dedicates itself to this task. Whether basic income is a concept for the welfare state of the 21st century depends directly on whether the concrete policy reform contributes positively to people’s freedom and self-determination as well as to societal prosperity.”

The entire FRIBIS-Team congratulates Ms. Palermo Kuss on this outstanding achievement and wishes her all the best for her personal and professional future.

Further information about Ms. Palermo Kuss can be found on the ZEW homepage, more details on the study award of the Körber Foundation can be found here.