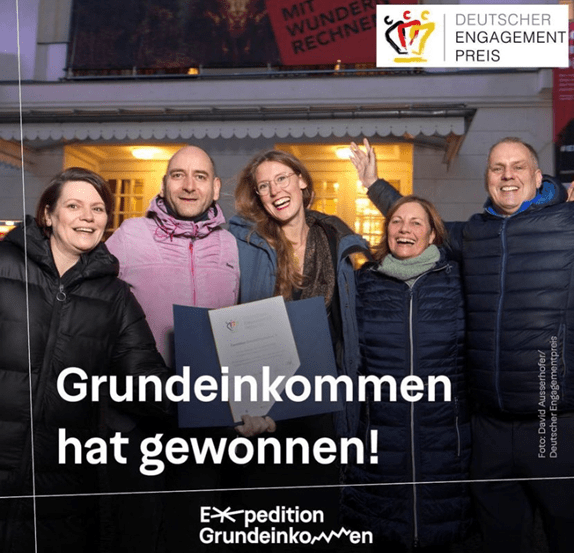 On 2 December 2021 Expedition Grundeinkommen was awarded this year’s German Commitment Award (“Deutscher Engagementpreis”). With the backing of FRIBIS, the Expedition is campaigning for the UBI by means of referendums to launch state-funded pilot projects in various cities and municipalities throughout the country.

In this video, Valentin Schagerl and Joy Ponader, activists of the Expedition, explain what their project is all about.

What is the German Commitment Award?

The jury of the “Deutscher Engagementpreis” awards the prestigious prize each year for exceptional civic commitment. What is special about the prize is that it is awarded by the public and not a jury. This year, more than 12,000 people voted for Expedition Grundeinkommen to be the winner.